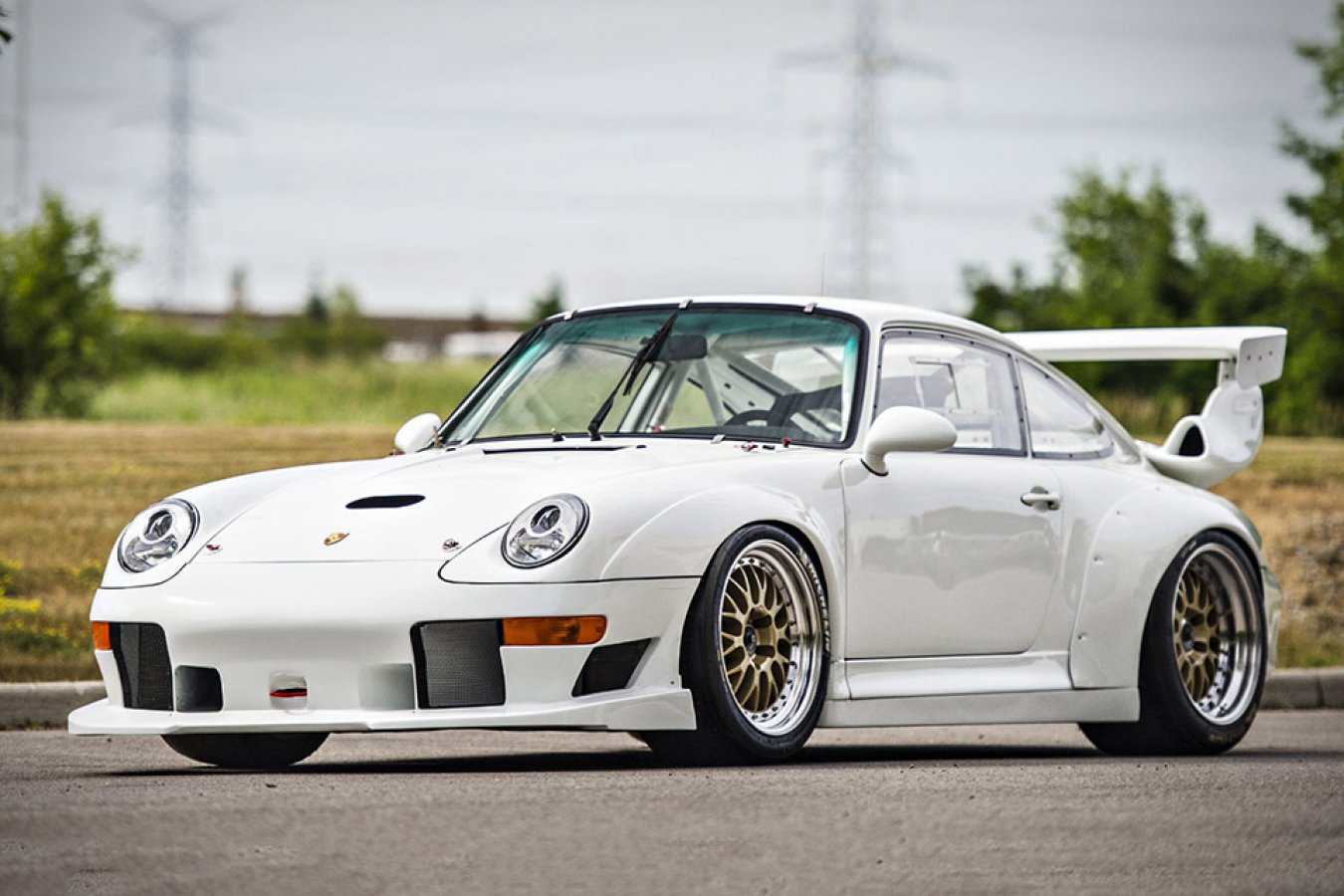 In 1995, Porsche responded to the reorganization of international GT racing with a series of homologation specials beginning with the naturally aspirated 911 RS and culminating in the GT2 Evo.

The subsequent GT2 combined the RS/RSR’s purity of purpose with a tuned version of the 993 Turbo’s twin-turbocharged engine rated at 444 HP.

Using 2-wheel drive instead of the production Turbo’s all-wheel system shaved even more weight, resulting in a top speed of almost 190 MPH and road-holding that bordered on the supernatural.

Designed to compete in FIA GT1, it incorporated a twin turbocharged 3.6L flat-6 engine rated at a full 600 HP and 490 lb-ft of torque. Porsche widened the rear fender extensions to cover wider modular wheels and added a new front spoiler with inlets for oil and brake cooling. A second deck appeared on the already outlandish rear spoiler, which could be mounted higher in the air stream for added downforce.

Alas, by then the competition in GT1 had already left the Evo behind.

Only 11 were ever built before Porsche moved onto the 996, making these cars among the rarest in the 911 racing lineage.

With approximately 7,000 kilometers on the odometer, this GT2 Evo is exactly as it left the factory, an unmolested artifact from one of the most exciting periods in Porsche’s racing history.