So Rj is almost 20 months.
Time literally flies and when I watch videos from he was newborn, a tear or two rolls down my face, missing those moments when he needed me for everything.
Now as a toddler things became more fun and activities occupy the 24hr (or what it looks like 72hr on loop)…
But what about the famous Toddler frustrations? Are they a Myth or a consequence of your parenting?

Not a Myth i’m afraid…
Toddler frustrations are a result of some toddler doesn’t talk, or don’t know how to express themselves, so for 70% of you parents (as I am) is not our fault because we do care about our little ones and their development.

Rj is not talking yet. We speak 3 languages at home. Mostly English and Portuguese, spanish is just mami and later on he will learn better.
(I will post about Bilingual to Multilingual parents later on this week).
He express himself very well, he understands everything we ask either in english or portuguese but… he is not talking. Not that he has any problem, not at all, he makes sounds and understand everything we say, he is simply organising his vocabulary and choosing what will he talk. As a friend told me “organizing by folders”.
With this comes frustration…biting, kicking, throwing things , scratching… the hell and beyond and then he realises by my face that he was doing something he shouldn’t and covers me with kisses and tears… 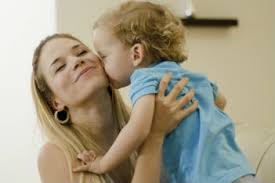 This my dears is normal. the terrible Two’s you so often read and hear about it is this.

It’s normal BUT you should impose yourself with rules. Not spanking, but giving him time of as going to is room or (as I do) giving him time in the playpen to think along with his Peter rabbit… You should explain, even between kicks and scratches, that he would calm himself and tell him calmly that you can understand him. But what does the psychologists say about this kind of behaviour?
let me quote what I’ve read:
“Toddlers may throw fits, act selfishly, and rarely mind. This behavior often develops out of frustration from not being able to communicate, master skills, and be as independent as they want to be. Assertiveness and irritability are normal behaviors for toddlers.

Toddlers are actively absorbing and exploring the world around them. So many toddlers quickly reach a point of sensory overload. This seems to happen at the most inconvenient times, such as while you are shopping for groceries.

A newfound sense of autonomy and independence prompts the toddler to test limits-including yours. For example, your toddler bangs a toy on the table and then looks at you for a response. When there is no response, she repeats her actions. She wants to know what she can do and cannot do. Be patient and set firm, fair, and consistent boundaries. This will help your toddler learn what behavior is appropriate.

Often toddlers have fits or temper tantrums because of internal conflicts. Toddlers may become frustrated by wanting to do something independently but not being able to. Also, they often have two opposing desires-wanting both to be independent and to feel taken care of. Toddlers’ tempers can become especially fragile when they feel tired, hungry, or bored or when they want your attention. They do not have the language skills or physical capabilities to protest in an appropriate manner a situation they don’t like.

Toward the end of the second year, tantrums usually occur less frequently as toddlers gain more self-control and become comfortable with their abilities. They become less frustrated and are able to show more restraint and less of a knee-jerk response when you say “no” or otherwise challenge their control. This behavioral improvement is related to brain maturation, especially development of the cerebral cortex. Recognize that these tantrums are for the child to work out, not you.

You can try the following strategies to help manage your toddler’s challenging behavior: Although you may sometimes feel exhausted, remember to reassure your toddler that you love him and it’s their behavior you don’t like, not him. Offer plenty of praise and attention when your child behaves well.

One of the most important parenting tools to use with your toddler-indeed, with children of any age-is modeling behavior that you expect. Children learn from what you tell them. They look at you as his role model. Everything that you do, say or express will be incorporated in his beliefs of how to react and do in the world. From 0 to 5 years old, this is the time to teach them how to be good adults, these years are crucial for their development.
Interacting with others in a loving, open manner and dealing with frustrations calmly will give your toddler the best model to learn from.

I am a new mother with my first born and mistakes happen, every parent makes mistakes. Every single one of us parents will make them as we are humans.

Let me continuing with my toddler day and putting my Zen hat on!

Are you a parent of a toddler? how are you coping? Let me know. 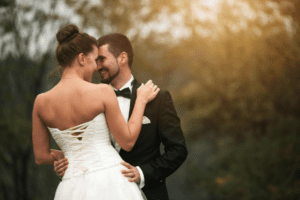 10 Latest Wedding Reception Trends You Have to Know
A recent survey suggests that 2022 will mark the year most people will get married in the United States. This increase may be attributed to the fact that many weddings
Read Time: 9 Min
Read more 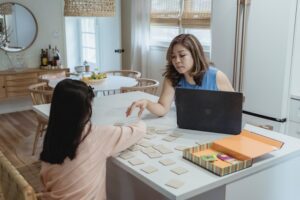 Money and Motherhood: Working Around Having Kids
Working around having a family is something that women have struggled with since entering the workplace after WW2. While we live in a fairer society than we once did, for
Read Time: 6 Min
Read more 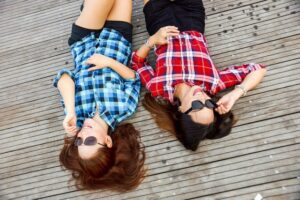 Finding Common Ground With A Friend With Different Interests
Having strong friendships in your life is one of the best ways to live happy and healthy. However, every friend you make along the way will be different in some
Read Time: 5 Min
Read more
Alejandras's Life. All Rights Reserved. 2022