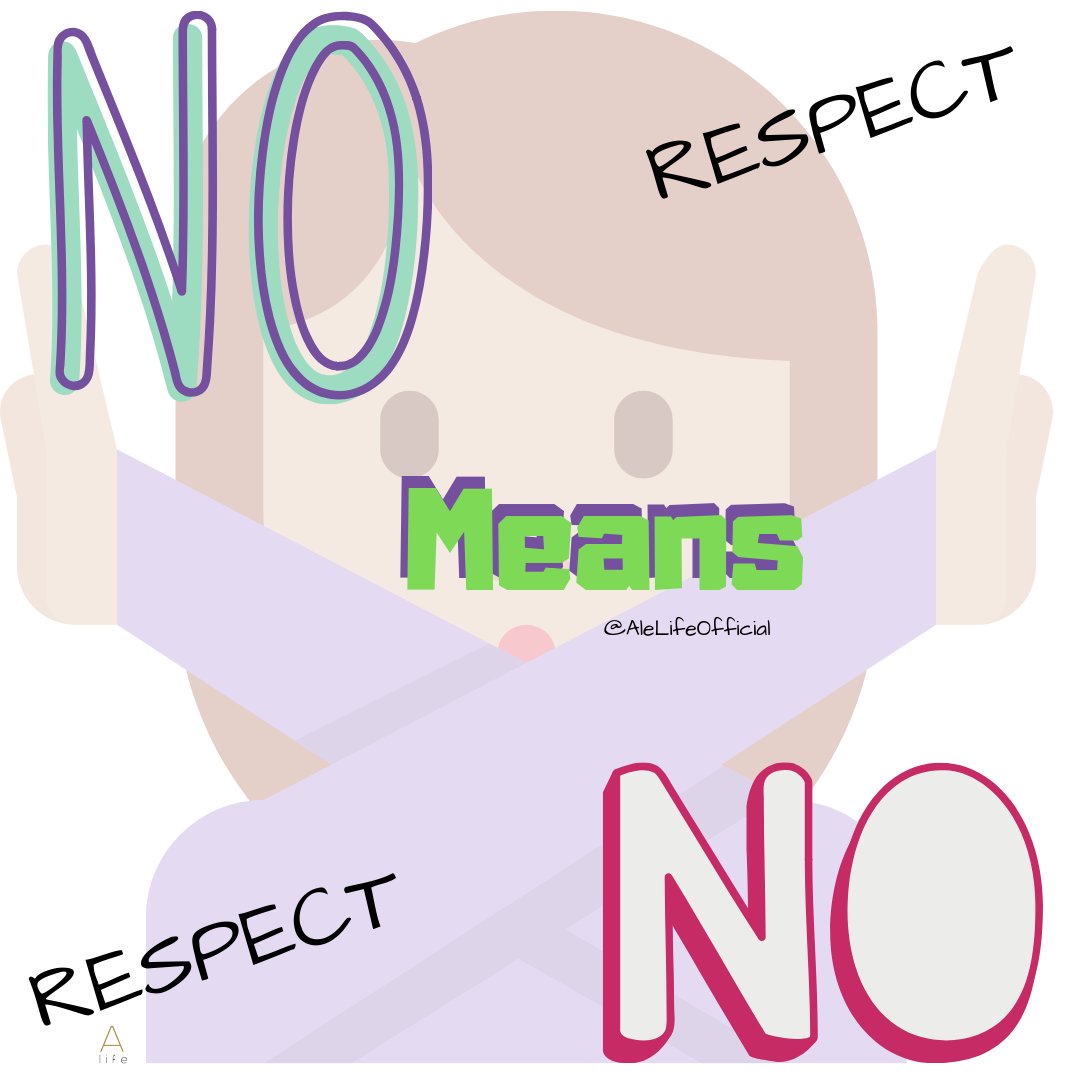 No mean No, and needs to be Respected!

The World is going through a strange change.

Just when you think somethings are actually changing for good, corruption comes back and rips it away again.

So many have been going on with the so called Fake News, lies of the media, because actually there isn’t a filter anymore. I am not blaming the media, I am actually blaming humans. Because they created the media and also lost the way of morality and common sense. I am not a puritan – No one is! – But many think they are, and, actually,  social media tone is def. You can write something or share and your tone, or the objective of it is interpreted by the eyes of those who read it.

So for a minute, stop what you think and your opinions and ideas and actually READ the content and put yourself in the other shoes.

NO means NO, people.

respect for either women or men is lost. Sorry to tell you this, but out there is a war. In a figurative speaking, in all the minds there is a war, because people are lost.

Freedom, the longing freedom that took decades to conquer, was so overwhelming to some that transformed Freedom into Corruption and leading it to a cage again.

No means No, people.

And this is not a topic about the media. Is about Respect.

When someone says No, you respect it. You don’t like the No, turn away and leave.

Because if you hear a No and try to impose your Yes… then you lost the cause and made yourself a weak link. A Yes is good when there comes a good action or consequence for either parties. But when is good only for one, is nothing, you lost. Why did you lose? Because the other person was obliged to that and didn’t liked it. You’re weak.

Let me tell you a true story from someone I know- Jaimie shared her story with me:

Jaimie (fake name) was the happiest person I’ve ever met. A true star, lucky as heck in her life, but life changed from Heaven to Hell in a split second and broke her beyond compare. She puts a brave face and helps others when inside she is dying. She often thought about dying but later she just thought it wasn’t supposed to end that way and wasn’t fair for her, after helping so many people and believing in good Karma, that she was going to end that way… and that’s when she met him. And later she really wished to die.

He was the gentleman from those novels and she was thought he was going to help her. He promised a lot and she was broken and she believed in him. Now she sees that she was so broken that even her glasses were fractured. He wasn’t (isn’t) a gentleman, he is a weak son of a bitch in disguise that will get his karma sooner or later.

To resume: she still doesn’t know where she was in almost 2 weeks of her life. Until a day, she woke up, alone in a bed, and she was woken up by a helping spirit (that is what she truly believes) and realized what had happened. But He was very dangerous. Devil is not compared to him, or then, he is the son of it.

She still doesn’t know how she actually had the strength to run away. The fact is that she was drugged for that period of time. Her coffee was drugged, and every time he gave her coffee, he was physical with her knowledge or consent. She was drugged and asleep, she can’t remember. But when she woke up on that “miracle morning”, she noticed that her body had bruises and she felt hurt and she knew… she knew she had been raped several times. She didn’t say no, because she wasn’t herself, she was drugged. She couldn’t call anyone since she was far away from everyone and she was even more broken that she was before and didn’t believe in anyone or anything more.

She escaped with the last of her strength. When she was safe, she noticed that “that guy” had sent to her bank account money to keep quiet. and he disappeared, as he is actually a known person with power. Yes, she kept the money, because for her to run away, she spent money as hell and was in debt. Why she didn’t send the money back? Because she didn’t want to speak or deal with that guy again. She continued with her life, now Happy and far away from that broken time, but she has a deep feeling of anger and sadness, mixed with fear and utterly terror of finding that person again.

And No, she didn’t say anything because she knows that doesn’t have proof, and in her mind, as she doesn’t have any proof and is against someone with power, she will be accused. Because society is like that. Society is broken.

People with money, knowledge of people in the right places, corrupt and bad, are winning. Those were the days when honest people word meant their soul.

Now the corrupted work and soul, the lying, is valid. Lady Justice is not blind. She is just drugged just as my friend was.

Jaime says everyday to herself: “I am not a Victim. I don’t want to be labelled with that word. I am a survivor and a fighter. Always have and always will. And even thought i fell in the ground because of my memories or bad experiences, I choose to fight agaisnt what is wrong. I am not a Victim, I am a fighter!”

Her strenght is her family and she actually has a little hope in humanity.

The No is being used for the most criminal things, instead of actually being used to what it is: NO means NO! 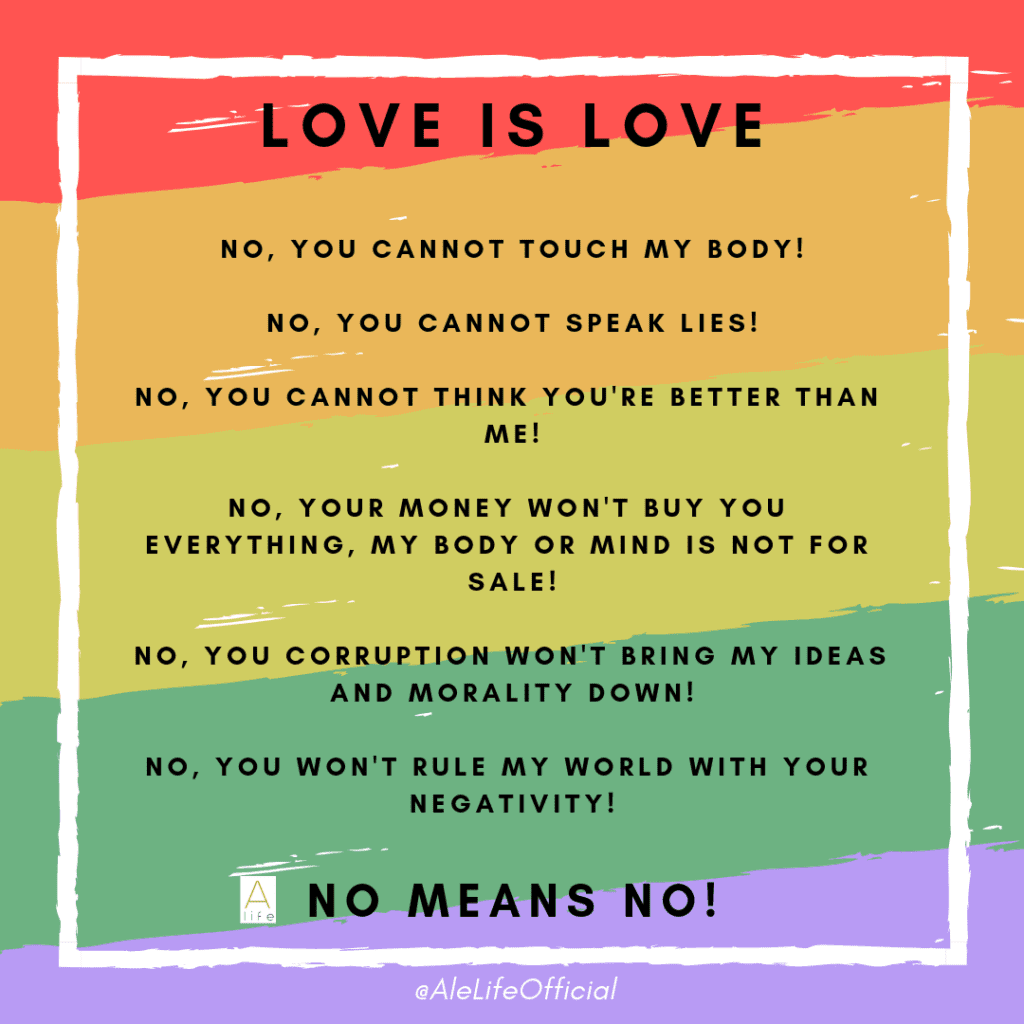 It is so easy to Assume something nowadays. And when money is involved, is always the victim’s fault… Don’t assume anything, because it can be you in that position or your daughter, friend, sister, mother, etc. 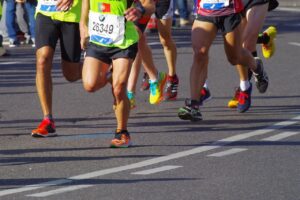 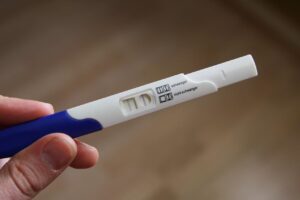 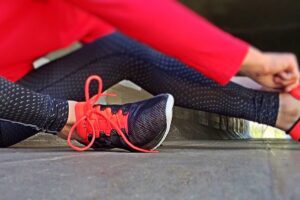