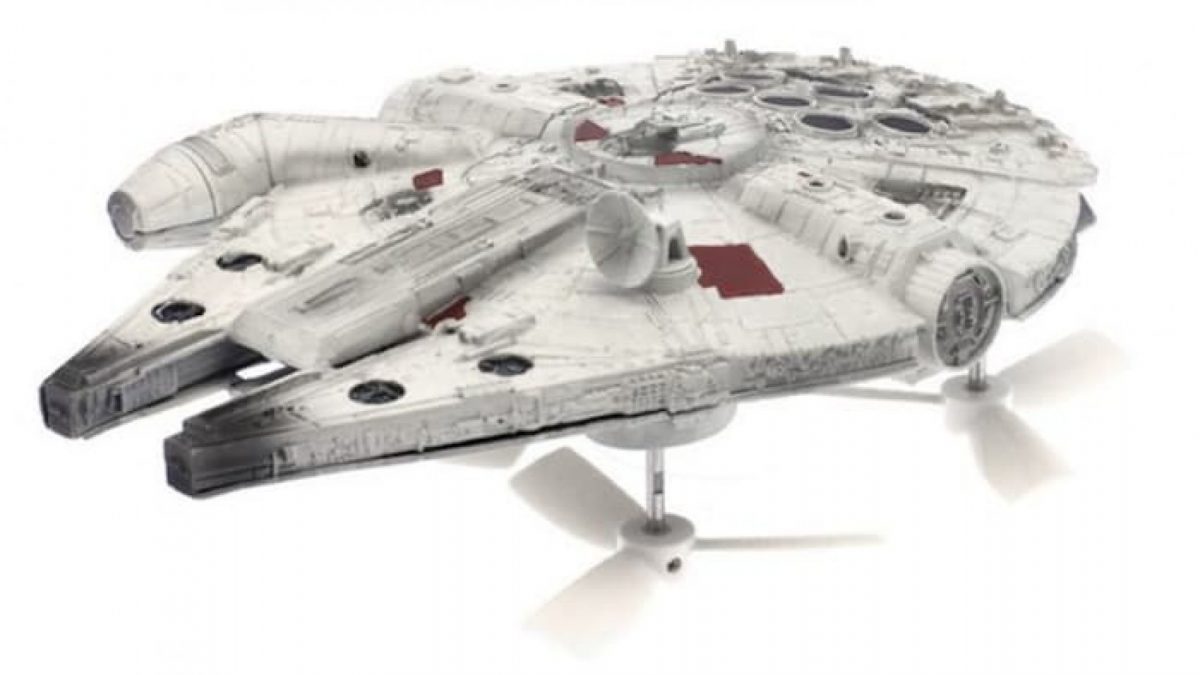 Finally, a millennium falcon drone you can fly around your universe.

Bring the magic of flight to a whole new dimension with our new Star Wars battling Quads. Pilot your favourite Star Wars ship at speeds up to 60KMPH, and engage your friends and enemies in real-world laser battles. Each Star Wars Battling Quad is hand painted to model quality finish, certified, numbered and packed into a collectable display box.

74-Z SPEEDER BIKE
Relive the classic scenes of Endor with the 74-Z, speed through the forest piloted by Scout Troopers. Renowned for their superior manoeuvrability and agility, race or battle with friends in your own rendition of The Return of the Jedi with this hyper-accurate model drone.

MILLENNIUM FALCON
Bring your childhood fantasy to life and pilot the legendary Millennium Falcon for the first time. Laser battle with other pilots with the on-board weapon system, or practice your aerial manoeuvres in true Han Solo style.

T-65 X-WING STARFIGHTER
The go-to Starfighter of the Rebel Alliance, this all purpose craft with its exceptional speed and combat performance will serve you well during aerial battles. Re-capture your favourite moments for the first time by piloting your very own laser-shooting X-Wing fighter.

TIE ADVANCED X1
Join the Dark Side and pilot Darth Vader’s own starfighter. Battle against friends and perform aerial rolls and other advanced moves in the style of Lord Vader himself to push back the advances of the Rebel Alliance.

Each of those Star Wars drones is hand painted to model quality, and finished, numbered, certified and packed in a special collectible display box that plays music from the film the vehicle in question appeared in.

The Star Wars drones also include the following features:

What do you think??
One Millennium Falcon please!